Black Box: How is Science Done?

Try to figure out what is inside the Black Box without opening it. With the Black Box activity, introduce the idea of reasoning from indirect observations. Any discovery made in the field of science was possible due to many such attempts. A good example is the identification of extra solar planets. We have not seen or photographed them but we know they are there from two indirect means. One is the regular decreasing light when the planet gets between their sun and us. The other is the slight wobble of the star in response to the planet’s orbit. 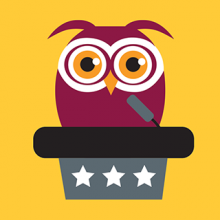